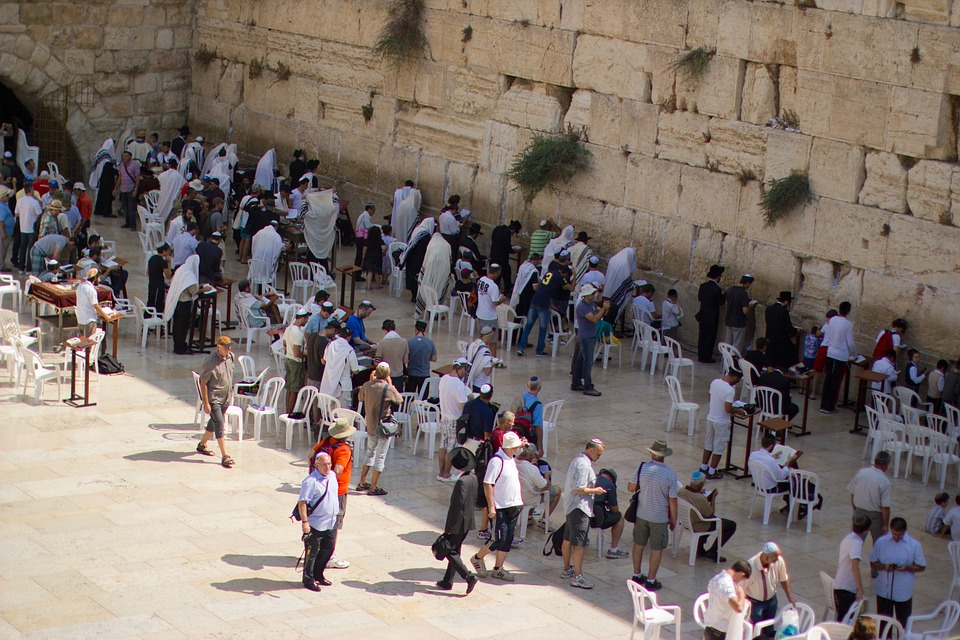 Aliyah- Going up to Jerusalem and looking to ‘Shomer Yisrael’ Psalm 121:1-8

Psalm 121 is a song of ascents traditionally sung on approach to and in sight of Jerusalem. The previous psalm is a plea for relief from bitter foes who would cause harm through false accusation. Sadly, today there are many who would oppose Jerusalem and testify falsely against her and her people. We can be encouraged however since ‘Happy is he who has the God of Jacob for his help, whose help is in the Lord his God (Psalm 146:5).’ This psalm provides the biblical response and solution when we face adversity and draws us nearer to Him as we seek our Creator and Keeper.

The Psalmist opens with the declaration ‘I will’ which speaks of an active trust in the Lord, not a passive resignation to undesirable circumstances. Worshippers would go up three times annually (Deut. 16:16) to celebrate Passover, Shavuot and Tabernacles. These feasts foreshadow Messiah as Deliverer, the continued presence of the Holy Spirit and the much- awaited Messianic age of ‘peace on earth’ which will come through Messiah. Zechariah 14:16-21 affirms that there will come a day when all nations will worship the King and will keep the feast of Tabernacles and go up to Jerusalem.

The Psalmist looks up to the hills. The emphasis shifts from the problem of deceitful accusers with sharp tongues to seeking the Lord for help. The help isn’t summoned from the hills themselves, since some apostate worshippers venerated other gods in shrines and the high places (2 Kings 16:4; Jer. 3:23; 13:27; 17:2; Hos. 4:11-13)[i] but instead, looks to the Lord who dwelt there in the same sense that whilst in Babylonian exile, (Dan. 6:10) Daniel prayed three times daily facing Jerusalem[ii]. We are reminded to pray for the peace of Jerusalem in the next chapter and to seek her good (Psalm 122:6,9).  Jerusalem of course, is a mountainous region and is a place where the Lord has provided refuge for and deliverance for His people and those who love her and will continue to do so.

We are reminded that the Lord made heaven and earth. That affirmation gives us perspective in the light of our troubles. God is the Creator of everything and He is the One who keeps us.

A promise is made concerning His keeping of one’s foot not being moved and not slipping. This would have been great reassurance for the person journeying up to Jerusalem when en route the traveller would undoubtedly have been concerned about personal safety from robbers and keeping their footing in hill country[iii]. Nevertheless, this needs to be balanced with God’s permissible will so shouldn’t be considered as a blanket promise but considered in the light of God watching over us night and day and His control of events when situations are beyond our control. In a similar way, God watches over us as we journey through life.[iv]

Looking to the Keeper of Israel – verse 4

Since we are finite we all succumb to sleep, though our Creator and Keeper never slumbers. The fact that our Creator neither sleeps nor slumbers denotes His ability to watch over us and His timing and intervention in our circumstances. We can sleep soundly, since He never sleeps. Alexander the Great stated to his soldiers “I wake that you may sleep”.[v] When Alexander himself was asked how he slept so soundly amid danger he remarked that Parmenio watched.[vi] Incidentally Josephus recalls that before Alexander approached Jerusalem, both Alexander had Jaddua the High Priest had dreams of their meeting and honouring God and that when the book of Daniel was shown to him that the Greeks might defeat the Persian empire he was glad. He granted the High Priest’s desire that they may enjoy the laws of their forefathers and pay no tribute on the seventh year.[vii] There is One far greater than Alexander who watches over our souls and who neither sleeps nor slumbers; neither is His arm too short to deliver.

A deeper reassurance emerges since ‘He who keeps Israel shall neither slumber nor sleep’. He is the ‘Shomer Yisrael’, the Guardian or Keeper of Israel. Verse 3 and 4 should be considered together. The One who keeps Israel is faithful because of His oaths, covenants and promises. Israel was chosen not because she was more numerous but because the Lord loved her and keeps His oaths (Deut. 7:7-8). This is especially true of His promise to Jacob (Gen 28:15) in which this psalm provides a commentary (Gen. 28:15).[viii] Though undoubtedly there have been national blessings or cursing for obedience or disobedience to God (Lev. 26:1-46; Deut. 28:1-68), the Lord will never abandon Israel (Jer. 31:35-37; Rom. 11:1-2) and has good purposes and plans for her so that she may prosper (Jer. 29:13-14). Ultimately God will place salvation in Zion, for Israel which is His glory (Isa. 46:13). Similarly, those called by His name were also made for His glory (Isa. 43:7)

In the same way that the Lord watches over and preserves Israel and chose her, He will watch over those who put their trust in Him and seek Him. In Zechariah 2:8 we discover that he who touches Israel touches the apple of God’s eye. That is also true for those who believe in Him and trust in Him for their salvation. For those that trust in the Lord, whilst we need to obey Him, it is Him that is keeping us, since He chose us before the foundation of the world (Eph. 1:3).

Looking to the Keeper of our souls -verses 5-7

Six times we are reminded in these verses that the Lord will keep those who seek Him. Verse five and six describe how the Lord spares people from the elements; how He provides shade and protection from the sun during the day and moon during the night. The most likely meaning here is the perils of night time would fit the context of the traveller to Jerusalem and the fact that the Lord neither slumbers nor sleeps. That also fits with the following verse 7 about the Lord preserving us from all evil and preserving our souls. The holiest biblical characters were not spared from trials or afflictions, but God was present with Him and preserves their soul which will never die (Job. 19:25-27; Psalm 16:8-11). He will watch over and preserve our souls too.

This psalm commenced in the context of going up to Jerusalem for Passover, Shavuot and Tabernacles and closes with ‘the Lord shall preserve your going out and coming in from this time forth and even forevermore’. When some leave home for work or to go about their business they place their right hand daily on the mezuzah on their door and recite Psalm 121:5 and Psalm 121:8. It draws our dependence upon God both for our journeys daily and as we travel through life.

Yeshua said “I am the way, the truth and the life (John 14:6). He also said, “I am the door. If anyone enters by Me, he will be saved, and will go in and out and find pasture (John 10:9). ”In Psalm 23:1 we read “The Lord is My Shepherd, I shall not want (Psalm 23:1).” Yeshua said “I am the Good Shepherd; and I know My sheep, and am known by My own. As the Father loves Me, even so I know the Father; and I lay down My life for the sheep (John 10:13-14).” He gave Himself for us at Passover. In former times every priest ministered daily and repeatedly offered sacrifices though could never take away sins (Heb. 9:11). When the Passover was instituted, blood was applied on the doorposts and lintel. Yeshua gave His life as our Passover Lamb to atone for the sins of the world. He is the Good Shepherd and His followers are His sheep and belong to Him. Yeshua also said “My sheep hear My voice, and I know them, and they follow Me. And I give them eternal life, and they shall never perish; neither shall anyone snatch them out of My hand (John. 10:27-28).”

“Look to Me, and be saved all you ends of the earth! For I am God and there is no other (Isaiah 45:22). The Lord is your Keeper-‘Shomer Yisrael’ Look to Him and be saved!

Let Israel now say- “If it had not been the Lord who was on our side,” Psalm 124

The Joy, Testimony and Blessing of Jerusalem