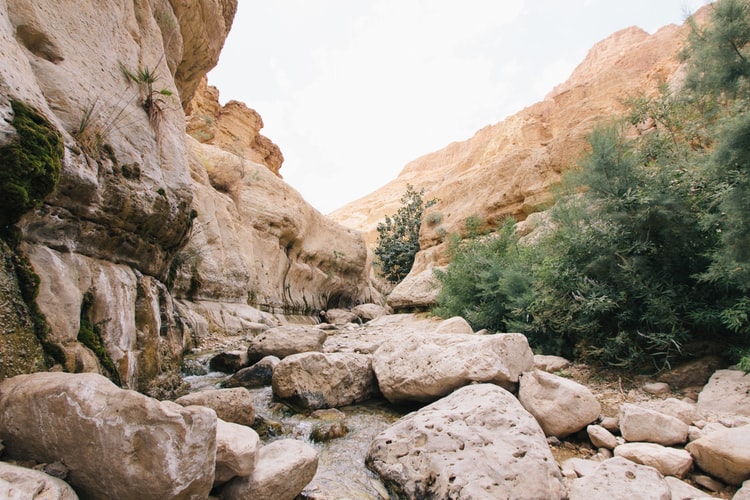 The Land covenant is confirmation of the unchanging nature of the Abrahamic covenant. The children of Israel were waiting Joshua’s instruction at the boundary of the promised land. Although greatly used by God and vastly experienced; Moses was not to enter the promised land as a result of his presumptive error, striking the rock at Kadesh a second time. Moses disobedience did not void the covenant to enter Canaan, since the promise was unconditional and the baton of leadership was passed to Joshua, a man who followed God’s instruction implicitly.

The conditional Mosaic covenant didn’t set aside the promises from the unconditional Abrahamic covenant. The Land covenant not only reaffirmed the land promises of the Abrahamic covenant but included other promises too. ‘That then the Lord thy God will turn thy captivity, and have compassion upon thee, and will return and gather thee from all the nations, whither the Lord hath scattered thee.’ (Deut. 30:3) This verse shows that Israel would again enter into captivity but would be regathered from not merely a specific destination but from all nations. Israel became re-established as a nation in 1948 and at the time of writing Jewish people have returned to their homeland from over two hundred countries. Today, Israel is roughly the size of Wales, prophecy is literally being fulfilled and Israel currently occupies less than ten percent of the promised land.

Amillennialists (those who believe that the church has replaced Israel and do not consider that there will be a literal thousand year reign of Messiah on earth), will contend that the promises listed have been fulfilled either in Israel’s history or in the church. Nevertheless Walvoord argues ‘If the land were merely a type of heaven, Abraham could have remained in Ur or the Chaldeans and believed in his ultimate possession of a place in the New Jerusalem. However, the land became a very important factor in Abraham’s understanding of this prophecy.’ (p75)

Those not in agreement with the premillennial view (those who believe God does have a plan for Israel and the nations and expect a literal thousand year reign of Messiah on earth)concerning their interpretation of scripture may use 2 Chronicles 9:26 or 1 kings 4:21 as ‘proof texts’ to indicate that Israel did inherit the whole area of the promised land. ‘And Solomon reigned over all kingdoms from the river unto the land of the Philistines, and unto the border of Egypt: they bought presents, and served Solomon all the days of his life’ The assumption though is a fallacy, since Scripture affirms that the promised land stretched as far as the river of Egypt (which was beyond the border of Egypt)(Gen.15:18; Exod.23:31, Josh.1:4). Furthermore Canaan was promised as an everlasting possession as an everlasting covenant (Gen.17:7-8) Paying tribute over a prescribed period of time does not constitute ownership on a permanent basis.

There is a wealth of other scripture to support the future possession of the land of Israel. God comforted His people saying ‘fear not, for I am with you; and I will bring your descendants from the east, And gather you from the west; I will say to the north, Give them up. And to the south, Do not keep them back! Bring my sons from afar, And my daughters from the ends of the earth.’(Isaiah 43:5-6) This relates to a restoration following a worldwide dispersion, not a confined period of exile in a particular nation!

‘The Lord liveth, that brought up the children of Israel from the land of the north, and from all the lands whither he hath driven them: and I will bring them again into their land that I gave unto their fathers.(Jer. 16: 15) This passage agrees with the return of the Jewish people and affirms the land promised under the Abrahamic and the Land covenant. Lastly (Amos 9:15) reminds us that these events are divinely ordained and the people returning to their land shall never be removed from their land. ‘And I will plant them upon their land, and they shall no more be pulled up out of their land which I have given them, saith the Lord thy God.’

The Land covenant is unconditional and everlasting. The blessings and cursings were imposed on a conditional basis though, as Nehemiah recognised. ’Remember I beseech thee, the word that thou hast commandest thy servant Moses saying, If ye transgress, I will scatter you abroad among the nations. ;But if ye turn unto me, and keep my commandments, and do them; though there were of you cast out unto the uttermost part of the heaven, yet will I gather thee from thence, and will bring them unto the place that I have chosen to set my name there (Neh.1:8-9). Here Nehemiah was quoting (Deut. 30:2,4) Nehemiah recognised that the word ‘if’ preceded conditions that could be applied. Also prior to the Land covenant in Deuteronomy Chapter 30, Chapter 28 of the same book lists the blessings and cursings or obedience and disobedience. ‘And it shall come to pass, if thou shall hearken diligently’ (v1)regarding the blessings ‘But it shall come to pass, if thou will not hearken’(v15) with respect of the cursings. Scofield is of the same opinion in that ‘The (Land) covenant gives the conditions under which Israel entered the land of promise. It is important to see that the nation has never as yet taken the land under the unconditional Abrahamic covenant, nor has it ever possessed the whole land. (p250)’

How do the Biblical Covenants relate to Israel?

Summary of how the Biblical Covenants relate to Israel