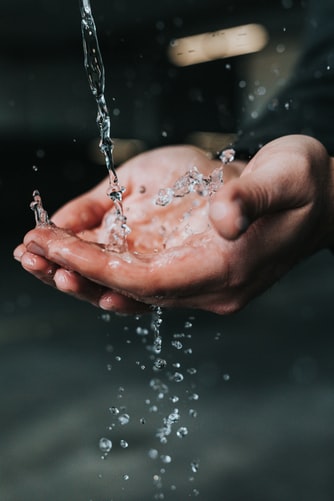 Cleanliness is next to godliness is a fascinating and timeless adage. Twenty-one years ago I remember reading ‘The Signature of God’ by Grant Jeffrey. In addition to the detailed prophetic and archaeological evidence for the Bible, I was also impressed by the application of the extensive health laws given to the Israelites. One example included the removal and covering of human waste from the camp (Deuteronomy 23:13). It is graphic but necessary advice, considering the River Thames had become a giant repository of human waste as late as the 1850’s! Sometimes we might struggle to make relevant application either in a practical or spiritual sense relating to what was penned a few millennia ago. Nevertheless, with reference to the corona virus we’ve heard many things lately, regarding thorough handwashing and self- isolation.

Firstly, the requirement to wash hands and garments in running water following a discharge in Leviticus 15:13 is a prime example. If people throughout the ages had washed their hands in running water rather than stagnant water, countless lives could have been saved. Moses wrote the Torah more than three thousand years ago yet the practise of washing hands in running water has been more widely adopted for less than two hundred years.

Secondly, Leviticus 13 and 14 provide extensive guidelines concerning the law for leprosy and leprous garments. Exact periods of quarantine are prescribed such as seven days upon leprosy being identified (Leviticus 14:38) before further inspection. Further periods of isolation for seven days would follow and be inspected thereafter (Leviticus 13:5).

Thirdly, in the same passage, shaving of body hair is prescribed and In a single verse, Leviticus 14:8 includes handwashing and quarantine. “He who is to be cleansed shall wash his clothes, shave off all his hair, and wash himself in water, that he may be clean. After that he shall come into the camp, and shall stay outside his tent seven days.”

In John’s gospel, our Lord; in an astonishing act of humility and service, washed the feet of His disciples. Initially Peter refused until Jesus said, “If I do not wash you, you have no part in me (John 13:8).” In response, Peter was willing to have his hands and head washed too.

Handwashing, quarantine and sanitation are basic and ancient principles we pay careful attention to, in an effort to prevent infection and the spread of disease. Of even greater importance is the problem of sin that no doctor on earth can eradicate or provide an antidote for. Only the divine physician can expiate our sin (remove as far as the east is from the west). Only the Saviour can make us clean on the inside. Through His atoning sacrifice He makes those whose righteousness was as filthy rags, newly righteous before Him, since He imputes His righteousness to those who receive Him.

Jesus paid it all,

All to Him I owe;

Sin had left a crimson stain,

He washed it white as snow.

Luke 1:67-79 Zacharias’ Prophecy and the Light to those in Darkness

Review of ‘Where is God when things go wrong?